In 2005 I received the Surrey County Council Art Award for my research and canvases depicting the sociological impact of consumerisation and globalisation.

The final piece aimed to project a future without these cultures and the loss of their knowledge; it depicted a barren and drought devastated environment, akin to a photographic negative. Without the knowledge specific to a particular location, all significance is lost to the interpreter and that knowledge vanishes. The Tatak ng Alon ('wave imprint' in Filipino) that is running off Katherine's arm represents the gradual disappearance of that history when appropriated without an understanding of the said culture.

The final paintings were displayed at Howard of Effingham School from 2005 until 2012.

You can read more about this project, and the UN's 'International Day of the World's Indigeneous Peoples' in Charlotte's blog post, 'Preserving Vanishing Cultures Through Art.' 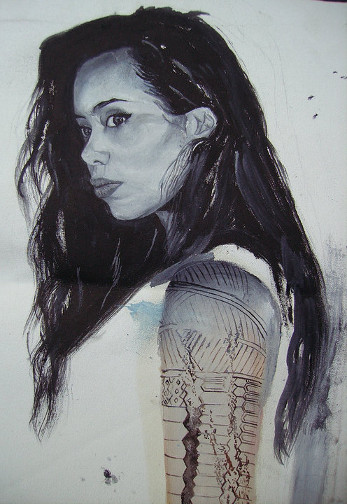 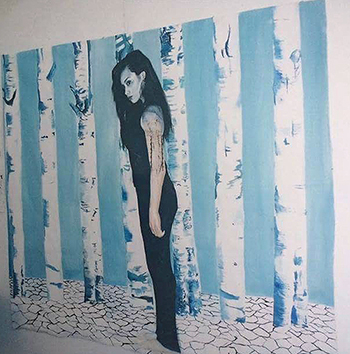 Vanishing Cultures final piece
Oil on canvas, 2m x 1m approx
All images are subject to copyright and are the property and work of Charlotte Iggulden.